Waiting on Wednesday is a weekly book meme hosted by Breaking the Spine where we all talk about a book we just can't wait to be released.

The Shadowhunters of Los Angeles star in the first novel in Cassandra Clare’s newest series, The Dark Artifices, a sequel to the internationally bestselling Mortal Instruments series. Lady Midnight is a Shadowhunters novel.

It’s been five years since the events of City of Heavenly Fire that brought the Shadowhunters to the brink of oblivion. Emma Carstairs is no longer a child in mourning, but a young woman bent on discovering what killed her parents and avenging her losses.


Together with her parabatai Julian Blackthorn, Emma must learn to trust her head and her heart as she investigates a demonic plot that stretches across Los Angeles, from the Sunset Strip to the enchanted sea that pounds the beaches of Santa Monica. If only her heart didn’t lead her in treacherous directions…


Making things even more complicated, Julian’s brother Mark—who was captured by the faeries five years ago—has been returned as a bargaining chip. The faeries are desperate to find out who is murdering their kind—and they need the Shadowhunters’ help to do it. But time works differently in faerie, so Mark has barely aged and doesn’t recognize his family. Can he ever truly return to them? Will the faeries really allow it?

Why can't I wait for this book?

I've read all of Clare's 'The Mortal Instruments' and 'The Infernal Devices' series, as well as a few of the short stories from the 'Tales from the Shadowhunter Academy' series (which are all going to be released in paper form soon!) and I've got to say, I love the universe Clare has made. Although there is the current court case regarding some aspects of plagiarism on Clare's part, I'm still looking forward to beginning the next series in the Shadowhunters Chronicles.

One of the main reasons is my rather large investment in the character of Mark Blackthorn (thank you tumblr) and his sister, Helen, who both had rather unhappy endings when the final page of City of Heavenly Fire passed. I can't wait to see what Clare has done to those characters and which directions they adventure in from where we last left them.

I do feel that Clare's strengths do lie within her minor characters, so I am a little more intrigued by their roles in our story, although I feel like Emma is going to be a strong character, with Julian as the one who's following her. My heart is torn, however, over the potential love triangle that may or may not happen between Julian, Emma and Cameron Ashdown. A part of me feels that Julian might be too hung up on the incidents in City of Heavenly Fire to consider falling in love with his parabatai, especially with all the responsibility that has been placed on his shoulders. I feel like he and Emma would do better as an Alec-Jace combo by ultimately sticking to a very strong friendship. Just because a guy and a girl are close, doesn't mean they have to fall in love.

I do have this book on pre-order, as I'm sure some of you do too, and am eagerly anticipating the 8th of March to receive this book through the post. What expectations of Lady Midnight do you all have?

Email ThisBlogThis!Share to TwitterShare to FacebookShare to Pinterest
Labels: Waiting on Wednesday

We all have them, those orphaned books that sit on our shelves unread despite our best intentions to read them. I find that I nearly get around to reading them, but then life gets in the way or another book I want to read is released and I read that instead.


I'm going to give you all the lowdown on which books are currently sat on my shelves, and have been for a good six months or more.


I think I got this one for Christmas one year off my brother, or maybe it was bought when there was a buy one get one free on books, but I never have got around to reading it. I've never watched the film either and, in all honesty, I've never been too intrigued by the series like I have with some others. If I find myself at a loss for what to read, I might pick it up, but it's not one that's at the top of my to read list.


So The Hunger Games series was turned into the films...and I still haven't finished it. Honestly, I've never really jumped onto the bandwagon with this series. Other people love it, but I'm not the biggest fan, hence why I have yet to read the final book even though it's sitting on my shelf. I've also heard some negative reviews from friends regarding the final installment to the series, so I suppose that's influenced my decision too.

I fell in love with the Night School series so I have no idea why I started the penultimate book, and then put it down to not be read again for over a year. I can still remember what happened in the first few chapters, but I've just never got around to finishing it. It's really frustrating me that I haven't picked it up again, now that I think about it, especially because the final book has now been released - Endgame. Daughtery's protagonist is one of my all time favourites too, so this is one that I need to brush the dust off and open again.

A Game of Thrones by George RR Martin


I've started this book, and am maybe over 100 pages in, but it's just such a tough read. The book is fantastic, don't get me wrong, and the TV series is the perfect complement to the book, it's just so difficult to read Martin's intense writing style just before going to bed. It's one of those books you have to read every single word of or else you'll have to flick back a couple of pages to reread the whole chapter again. It's one I definitely want to try and finish,
though, as I have the second book of the series sat on my shelf at home too.


This is a book I've heard good things about. Female assassin protagonist: check. Fantastical creatures in an equally fantastical land: check.   I was about to pick it up over Christmas, until I got the Harry Potter books as a gift and carried on with that series instead. It is a series I really want to give a shot, though, so I hope to read it soon. If not, it'll definitely be a summer read, when I have all the time in the world to drown myself in magical worlds and amazing new characters.

Honestly, I could go on and on and on about books I haven't read; the list seems almost endless. Some days I wish I had all the time in the world to read some of them, or all of them, at once. Has anyone else out there got piles of books waiting to be read? Or have you read one of the books I've mentioned above and think they're definitely worth a read?

Welcome to my Blog 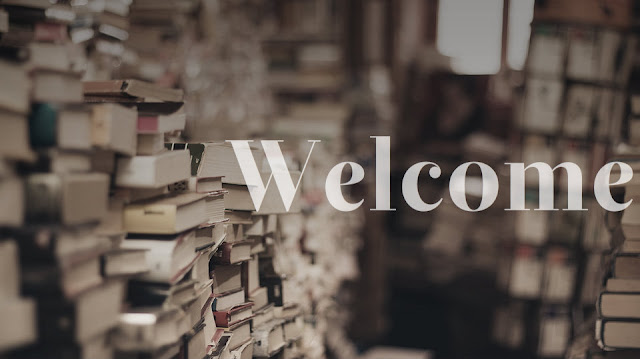 Hi, I'm Sophie and this is my new blog. I've been contemplating book blogging for a while now, after a friend of mine began blogging about a year ago, but the idea has been put on the back burner after the thrills and stresses of starting university. Finally, a little bit of a mental kick up the bum to do something with my life has lead me here today.

I'm currently at university in the UK studying genetics, but I've always had a passion for books since I was young, both reading and writing them. Unfortunately, my own book is still swimming somewhere in my mind unwritten, but I'm hoping it'll leap out and flow from my fingertips some day.

At this moment in time, this blog will mostly consist of me talking about books that I'm currently reading or have read, and maybe the odd bit of my own writing thrown in for good measure. I generally read YA Lit, edging on the more supernatural/fantasy genre, but I'm not adverse to trying something different. Variety is the spice of life, right?

Currently, I'm reading Harry Potter and the Chamber of Secrets by the infamous JK Rowling - because I'm a terrible person and haven't read the Harry Potter series yet - and The Darkest Part of the Forest by Holly Black. So when I've finished one of them, I'll probably post something up about them.

However, one book I have on pre-order and am immensely looking forward to is Lady Midnight by Cassandra Clare. The reason for the massive excitement for me is my love of a character called Mark Blackthorn, who was briefly introduced to us a few times in Clare's final installment of The Mortal Instruments series, City of Heavenly Fire. I'm just excited to see what fate she's given him after all the snippets she's released on tumblr lately.


Are there any books anyone else is eagerly anticipating the release of?
Maybe some more Shadowhunters fans lurking out there reading this?